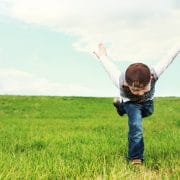 Attention Deficit Hyperactive Disorder, or ADHD is not a new condition. It was first documented as far back as 1798, and in the 21st century has been getting increased attention, both positive and negative. In some cases, ADHD has gotten so much attention that some—disparagingly—refer to it as the new “female hysteria,” which was a catch-all diagnosis ascribed to women for centuries to describe any abnormal symptoms or behavior. Today, it is no longer considered a real condition and in some circles, there is a similar belief about ADHD.

But ask any parent of a child with ADHD and it’s clear that not only is this a real condition, it has a profound effects on everyone within a family.

An ADHD child is going to require more time and attention to properly treat and interact with, there’s no getting around this. If a child disobeys instructions, it is not willful defiance; he or she simply hasn’t heard you. These children lack “executive functionality,” which means their ability to plan, exert self-control, and act on long term goals is impaired and the parent must stand in as the executive function until it develops.

This also means that it can be a challenge to balance the time and resources required for an ADHD child with other aspects of the family. This is especially true if there are other siblings, who will notice the increased attention an ADHD child gets compared to their own situation.

An ADHD child is prone to impulsive words and behavior, once again because of that lack of executive function, has challenges in being able to concentrate, think things through, and plan. Because of this, they may say and do things inappropriate to a situation, and this can cause difficulties within a family situation. Siblings are likely to get into arguments as play is disrupted, or other activities are put to a halt to help the ADHD child.

In public situations like school, other children may react badly to the impulsive words and behavior of an ADHD child and it’s possible that fights with children and disagreements with teachers may arise. These scenarios tend to play out as an ADHD child speaks out of turn, or simply loses interest in whatever is happening in the classroom.

Perhaps the most common—and dreaded—challenge that families with an ADHD child face is difficulties with schoolwork, and subsequent poor performance with assignments and grades. ADHD makes it extremely difficult for children to sit still, focus, and concentrate on longer, mental tasks, and this is one of the primary activities during a normal day of school. As a result, ADHD children, full of energy and shifting attentions will often experience behavioral and academic difficulties.

This can result in disciplinary actions at school from teachers and other staff, cause possible conflicts with other students, and result in poor grades and behavior assessments, all of which can have a dramatic effect on a child’s emerging future opportunities.

The challenges of having an ADHD child and the toll this can have on parents are well documented. We can give you the coping strategies that both you and your child can benefit from. ADHD can bring a lot of issues into a family’s life, but that doesn’t mean it has to ruin it, and experienced Littleton ADHD counselors, we are here to help.

Read more: Signs your child may need an ADHD Assessment

Contact Dr. Steven Lazarus, Licensed Psychologist in Littleton Colorado if you need help with you child or teen.

Signs Your Teen May Need an ADHD Assessment